Who Leads DEI? DEI Leaders and the Importance of Roles 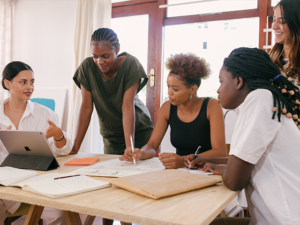