The Forgotten Identity: Disability at Work 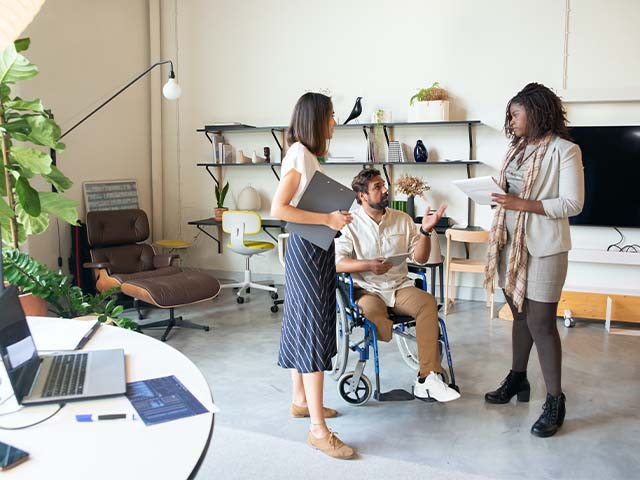 As Commissioner for the Mayor’s Office for People with Disabilities (PWD) under both the Bloomberg and the de Blasio administrations, Victor sets policy, advises the Mayor, agencies, creates public/private partnerships and initiatives, advocates for the passage of legislation; chairs the Accessibility Committee of the NYC Building Code and is responsible for helping to make New York City the most inclusive city in the world. In addition, as a Board Member of the Metropolitan Transportation Authority, Victor plays an integral role in the planning and decision-making for the largest public transportation system in the United States.

Spending the early part of his life as a plumber and later working in parks and playground design, Victor has a keen understanding of design and construction. He worked with the Department of Parks and Recreation Capital Projects Division, leading efforts to make one of the world’s largest and most complex urban park systems universally accessible.

Diversity is a workforce’s biggest strength and Victor has worked to find diverse employers and candidates. He has secured relationships with businesses in technology, retail, finance, transportation, state and city government, hospitality, not-for-profits, and healthcare. Achieving gainful employment for these diverse candidates requires a network of public and private academic institutions, state vocational rehabilitation services, and service providers. He has achieved positive sustainable outcomes.

Victor is a global expert in disability. He works and consults with not-for-profits, funders, technology companies, educators, and corporations. He has been a keynote speaker at conferences and has participated in numerous panel discussions in many US cities as well as Europe, South America, and the Middle East. On December 21, 2018, the Republic of Italy bestowed the honorific title of Knighthood in the Order of Merit to Victor for his work promoting stronger relations for people with disabilities between NYC-Italy.

How to Connect with Victor Calise: