Generation Z in the Workplace 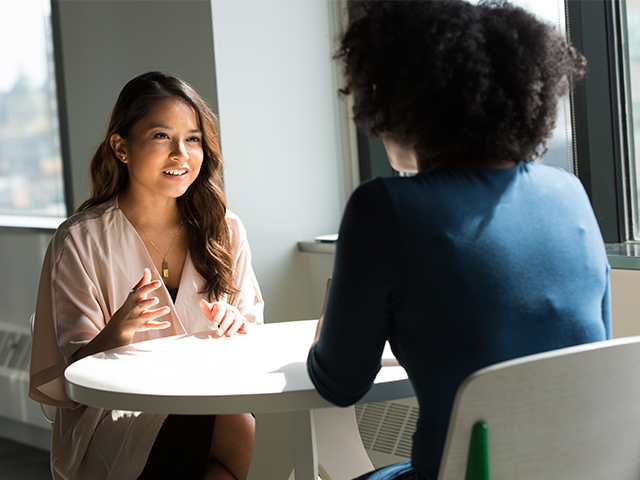 Generation Z in the Workplace

Generation Z includes anyone born between 1997 and 2012. This means that in 2021, the oldest members of this generational cohort are turning 22 years old. As members of Generation Z begin entering the workforce, it is important for employers to address some of the commonalities and misconceptions surrounding these young adults.

My guests for this week’s episode of the What’s The Difference podcast are Dr. Corey Seemiller and Dr. Meghan Grace, generational researchers and the co-authors of Generation Z: A Century in the Making. During our conversation, we discussed several of the major misconceptions that are often held about Generation Z that aren’t supported by the facts.

It is important to note that, while common patterns do appear within members of any generation, those patterns are by no means universal. It is important to remember that every individual is unique and that generalizations don’t always apply.

One of the most common misconceptions people tend to hold about Generation Z is that they’re “glued to their phones”, that they excel in technology but struggle to operate without it. As Corey and Meghan explained, members of every generation have adapted to smartphone technology. Generation Z is the first generation to have never seen life before the internet, it’s true, but the evidence shows that they aren’t significantly more attached to their phones than other age groups.

Generation Z can also be seen as flighty, ready to leave their employer for another job opportunity at any moment. However, Corey and Meghan’s research shows that Generation Z will happily stay with an employer, provided their needs and expectations are being met. Many members of Generation Z value transparency and honesty from their employers, and they want to feel satisfaction in their work.

Addressing the Needs and Expectations of Generation Z in the Workplace

Many members of Generation Z value diversity, equity and inclusion, and they are adept at detecting inauthentic action. If a DEI practitioner truly wants to engage with Generation Z employees, it is important to be authentic about your work. If a business says they value diversity and inclusion but their senior staff is made up exclusively of straight, white, cisgender men, their DEI messaging might very well appear inauthentic.

As another example, if a business changes to a rainbow logo for LGBTQ+ Pride month in June but then does nothing to show support for the LGBTQ+ community and employees within the organization who identify in that community, Generation Z employees may call attention to this lack of alignment between stated DEI messaging and an organization’s visible actions.

If you’d like to learn more about Dr. Corey Seemiller and Dr. Meghan Grace and their extraordinary work, please visit their websites at www.coreyseemiller.com and www.meghanmgrace.com. I also encourage you to check out their book Generation Z: A Century in the Making.

Dr. Corey Seemiller is a faculty member in the Department of Leadership Studies in Education and Organizations at Wright State University, teaching undergraduate courses in organizational leadership as well as graduate courses in leadership development and student affairs and higher education. She is the author of The Student Leadership Competencies Guidebook and associated tools and assessments to help educators develop intentional curriculum that enhances leadership competency development. She has served as an issue editor for New Directions for Student Leadership, the co-chair for the National Leadership Symposium and the Leadership Education Academy, and an associate editor of the Journal of Leadership Studies.

Dr. Seemiller also has a deep understanding of today’s young adults. She is the co-author of several articles as well as four books on Generation Z (born 1995-2010) including Generation Z: A Century in the Making, Generation Z Goes to College, Generation Z Leads, and Generation Z Learns. She also co-authored the Gen Z Voices on Voting research report. Her highly popular TED Talk on Generation Z at TEDxDayton showcased how Generation Z is making a difference in the world. Her work has been featured on NPR and in The New York Times as well as in several other news publications and academic journals. She has also been interviewed for podcasts as well as TV and radio shows worldwide.

Meghan Grace is a generational researcher, author, speaker, consultant, and podcast host. She began her journey as a generational researcher in 2014, when she and her research partner, Dr. Corey Seemiller started to notice differences in the college students they worked with on campus and wanted to better understand their perspectives, values, and behaviors. In 2014, they launched their first independent study on Generation Z, which has since led to two more independent studies, two books, and two guidebooks about Generation Z. Meghan also serves as a consultant with Plaid, LLC., an organizational development firm, where she specializes in research and assessment, curriculum and program development, and strategic projects.

How to Connect with Dr. Corey Seemiller:

How to Connect with Dr. Meghan Grace: