DEI Expectations from Generation Z in the Workplace

DEI Expectations from Generation Z in the Workplace

In episode 91 of the What’s The Difference podcast, my guests were Dr. Corey Seemiller and Dr. Meghan Grace, researchers who study Generation Z, the generational cohort of people born between 1997 and 2012.

We had a remarkable discussion about things employers should be aware of that can help the transition as more and more of these people join the workforce. In this encore episode, Dr. Seemiller and Dr. Grace join me for an even deeper discussion about Generation Z in the workplace, their DEI expectations, and how this Generation differs from their older peers.

Generation Z in the Workplace: The Most Diverse Generation in History

Not only is Generation Z incredibly diverse racially and ethnically, they’ve also grown up in an environment in which we openly discuss Diversity in a way that our society hasn’t done before. This means that members of Generation Z hold a greater expectation for Diversity, Equity and Inclusion, and they’re adept at recognizing and challenging inequities while working within the existing framework and systems that exist in their work environments.

How Gen Z pushes back against these inequities also differs from previous generations. Whereas sit-ins were popular in the 1960s to protest racial injustice, Gen Z today uses viral social media content to spread awareness and amplify their voices. They often focus on collective effort and recognize the strength of numbers.

It’s important to remember that with greater Diversity comes more perspectives and points of view. We must avoid making the mistake of blanket assumptions about Generation Z in the workplace, such as believing that they are inherently more Culturally Competent than previous generations.

As Dr. Seemiller and Dr. Grace pointed out in our conversation, it’s also important to engage with members of the majority when it comes to DEI issues. While members of Generation Z from marginalized groups are often adept at advocating for themselves, it is the majority that holds the power to enact real change. By engaging their extraordinary ability to work collectively, Generation Z can truly become a catalyst for greater Diversity, Equity and Inclusion in the workplace.

If you’d like to learn more about Dr. Corey Seemiller and Dr. Meghan Grace and their extraordinary work, please visit their websites at www.coreyseemiller.com and www.meghanmgrace.com. I also encourage you to read their book Generation Z: A Century in the Making. 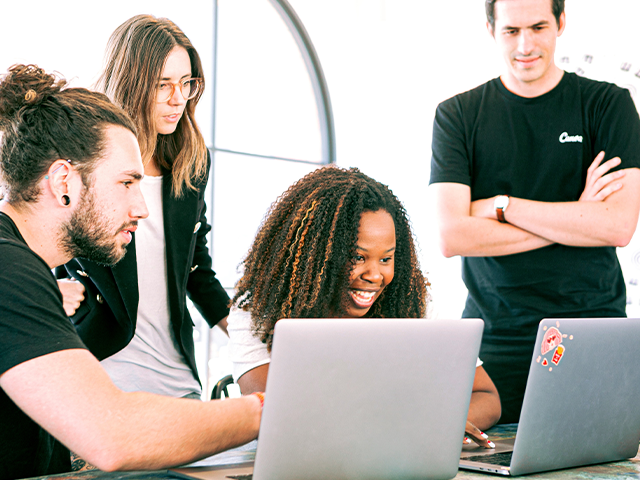 Dr. Corey Seemiller is a faculty member in the Department of Leadership Studies in Education and Organizations at Wright State University, teaching undergraduate courses in organizational leadership as well as graduate courses in leadership development and student affairs and higher education. She is the author of The Student Leadership Competencies Guidebook and associated tools and assessments to help educators develop intentional curriculum that enhances leadership competency development. She has served as an issue editor for New Directions for Student Leadership, the co-chair for the National Leadership Symposium and the Leadership Education Academy, and an associate editor of the Journal of Leadership Studies.

Dr. Seemiller also has a deep understanding of today’s young adults. She is the co-author of several articles as well as four books on Generation Z (born 1995-2010) including Generation Z: A Century in the Making, Generation Z Goes to College, Generation Z Leads, and Generation Z Learns. She also co-authored the Gen Z Voices on Voting research report. Her highly popular TED Talk on Generation Z at TEDxDayton showcased how Generation Z is making a difference in the world. Her work has been featured on NPR and in The New York Times as well as in several other news publications and academic journals. She has also been interviewed for podcasts as well as TV and radio shows worldwide.

Meghan Grace is a generational researcher, author, speaker, consultant, and podcast host. She began her journey as a generational researcher in 2014, when she and her research partner, Dr. Corey Seemiller started to notice differences in the college students they worked with on campus and wanted to better understand their perspectives, values, and behaviors. In 2014, they launched their first independent study on Generation Z, which has since led to two more independent studies, two books, and two guidebooks about Generation Z. Meghan also serves as a consultant with Plaid, LLC., an organizational development firm, where she specializes in research and assessment, curriculum and program development, and strategic projects.

How to Connect with Dr. Corey Seemiller:

How to Connect with Dr. Meghan Grace: